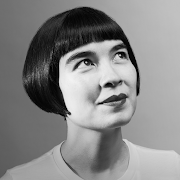 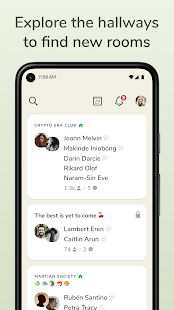 ANEW – A film for an exhibition

ANEW – A film for an exhibition from alcyone on Vimeo.

In May 1979, during a break from filming Lightning Over Water in collaboration with Wim Wenders, Nicholas Ray granted an interview to Kathryn Bigelow and Sarah Fatima Parsons.  It was to be Nick’s last interview before dying of heart failure about a month later.

A conversation with Nicholas Ray shortly before his death, which associates small memory pieces about his life and films.

Nicholas Ray:  You know, I hate watching Johnny Guitar on television.  But I really appreciate what Andrew Sarris wrote in the «VillageVoice»:  “With ‘Johnny Guitar’ Nick Ray reaches the absolute criteria of the auteur theory.”

Question: What did you think when you went to Europe and noticed how filmmakers, especially, the French ones, were influenced by your work? Truffaut, for example?

NR: And also Godard, Rohmer.  Yes, I did have a strong influence on their work.  I’m not sure if it was always for the best.  I remember one evening I was driving home during the filming of “Rebel Without A Cause.”  We shot a scene between Jim and Plato.  I was whistling.  I was really thrilled thinking, “My God, the French will adore that scene.”

Q: Your films have also influenced the new German and American cinema.

NR: I hear that Wim Wenders is going to start a new film soon, “Hammett.”   He’s a great guy.  I think he’s had a hard time with the screenplay.

Q: He originally wanted to write it with the author of the book, Joe Gores.

NR: He tried but it didn’t work out.  It seldom does with the author of a book.  A lot of filmmakers have failed.  I myself thought I could do it, but it was a failure.  Authors fall in love with their own words, and you have to be pitiless as a director or screenwriter.

Q: So that it won’t become literature?

NR: Yes, that’s right.  I mean it’s another kind of literature.  They tend to get excited about one sentence, visualize it, and then it becomes really monotonous.  You should never talk about something you can show, and never show something you can talk about.

Q: Doesn’t it have something to do with what actors bring to a film? END_OF_DOCUMENT_TOKEN_TO_BE_REPLACED

A much-cited source in literature on film.

In 1946 French critics, seeing the American films they had missed during the war, noticed the new mood of cynicism, pessimism and darkness which had crept into the American cinema. The darkening stain was most evident in routine crime thrillers, but was also apparent in prestigious melodramas.

The French cineastes soon realized they had seen only the tip of the iceberg: As the years went by, Hollywood lighting grew darker, characters more corrupt, themes more fatalistic and the tone more hopeless. By 1949 American movies were in the throes of their deepest and most creative funk. Never before had films dared to take such a harsh uncomplimentary look at American life, and they would not dare to do so again for twenty years.

END_OF_DOCUMENT_TOKEN_TO_BE_REPLACED

Titolo originale: All You Zombies

Tell yourself
as it gets cold and gray falls from the air
that you will go on
walking, hearing
the same tune no matter where
you find yourself—
inside the dome of dark
or under the cracking white
of the moon’s gaze in a valley of snow.
Tonight as it gets cold
tell yourself
what you know which is nothing
but the tune your bones play
as you keep going. And you will be able
for once to lie down under the small fire
of winter stars.
And if it happens that you cannot
go on or turn back
and you find yourself
where you will be at the end,
tell yourself
in that final flowing of cold through your limbs
that you love what you are.

Nothing Gold Can Stay || Robert Frost Nothing Gold Can Stay || Robert Frost

Nature’s first green is gold,
Her hardest hue to hold.
Her early leaf’s a flower;
But only so an hour.
Then leaf subsides to leaf,
So Eden sank to grief,
So dawn goes down to day
Nothing gold can stay. Titolo originale
A Sound of Thunder

Theme by Anders Noren — Up ↑